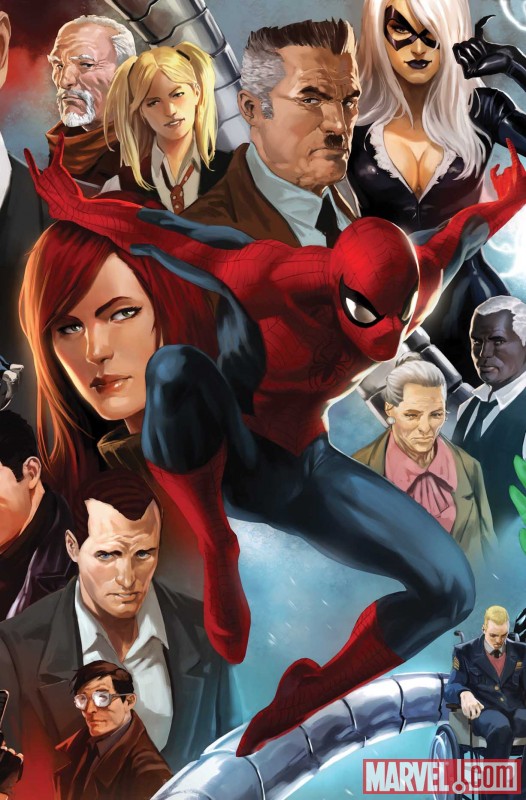 Anyone in charge of the Spider-Man books is going to need a plan for the supporting cast. This is one category which has often been handled poorly. There have been some suggestions that the book should focus more on the supporting cast than on the protagonist, although I noted the problems with that approach in an earlier piece. In a CBR poll, an overwhelming majority preferred a title with Peter Parker and none of the supporting cast to an ensemble title with everyone else, but not Peter Parker. So it’s important to keep things in perspective. The rest of the cast is important, but not essential.

The gold standard is probably the Stan Lee/ John Romita Sr era, with the Mary Jane/ Gwen Stacy romantic triangle, Harry Osborn (son of occasional supervillain Norman Osborn) as Peter’s roommate and Robbie Robertson fighting J. Jonah Jameson for the soul of the Daily Bugle. The cast could be split into several categories, and there were interesting dynamics to everyone involved.

One of Peter’s social circles was the staff of the Daily Bugle. Then he had Aunt May and her friends. And then there were his classmates at ESU. There were also links between some of the groups. Peter’s girlfriend’s father was a friend of Robbie Robertson. Mary Jane was the niece of Aunt May’s friend, and she started dating Harry Osborn.

The supporting cast would sometimes interact with Spider-Man, and they had different opinions of him. Although it’s worth noting that it was still Peter Parker’s supporting cast, rather than Spider-Man’s. The only people who Spider-Man interacted with exclusively were fellow superheroes, or former supervillains like Curt Conners and Hobey Brown. With the exception of the short-lived Frederick Foswell, those guys weren’t members of the regular ensemble.

There were interesting things about all the cast members. Norman Osborn was a ticking time bomb, as a man who had forgotten that he was a supervillain. There were also times he was targeted by a villain who wanted money owed by the Green Goblin. Flash Thompson didn’t care for Peter Parker, but he was good friends with Harry Osborn, and he adored Spider-Man. Frederick Foswell was a former supervillain trying to restore his reputation as a reporter.

A core supporting cast is crucial, providing touchstones and a sense of consistency, but the Brand New Day era cast was so sprawling that this wasn’t provided. All sorts of storylines were dropped or ignored for months, such as Harry’s romance with Peter’s cousin, MJ’s reaction to Peter kissing Felicia (which was on the cover of Amazing Spider-Man #606 as well as part of the cliffhanger), Felicia’s job with Jonah, and the aftermath of Chameleon insulting Flash while disguised as Peter. It’s easy to get lost in the shuffle, so nothing comes out of a story that someone teases, even if it’s promising. I wanted to see the stories that resulted from Flash Thompson working with Peter at Mayor Jameson’s office.

The supporting cast was stretched thin as it was spread across several social circles: Peter’s family, his coworkers at Frontline, his coworkers at Mayor Jameson’s office, his roommate, people he knew from college, etc. Hell, there were some he met with exclusively as Spider-Man. So there isn’t much interaction between many members of the ensemble, and Peter can go a long time without seeing the people he’s supposed to interact with regularly. 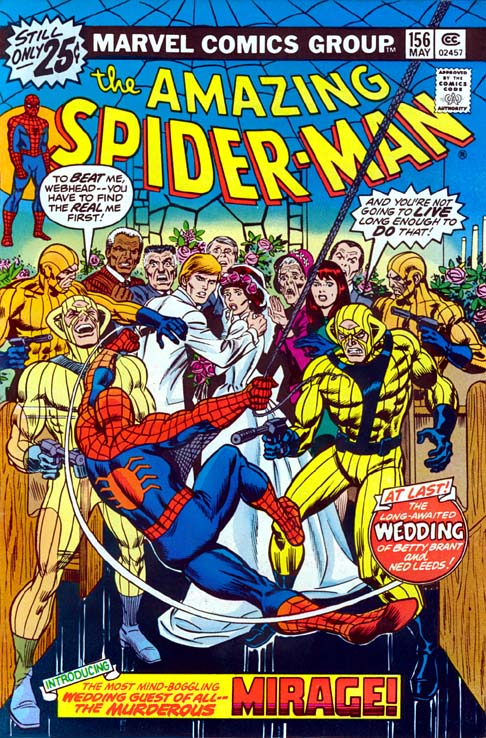 Some of the characters from the Brand New Day era have stuck around. J Jonah Jameson Sr essentially became Peter’s stepfather. Norah Winters became part of the book largely due to her personality, and became involved with a supervillain.

Carlie Cooper was a controversial addition, considering all the complaints when she was either Peter’s girlfriend or a potential romantic interest. Now that they’ve broken up, she’s become a different type of ex-girlfriend. She’s an interesting addition to the ensemble, a contact on the police force he used to date. The job often puts her into Spider-Man’s world. And there’s a new dynamic, considering the unique professional risks, potential for philosophical differences between a cop and a vigilante and the difficulty in bullshitting someone whose job it is to be familiar with murders. She’s also become a friend of MJ’s, due to the things they share in common as ex-girlfriends of a superhero.

If the Brand New Day problem was that there were too many members of Spider-Man’s supporting cast, there was a reverse problem during the spider-marriage when the supporting cast was often forgotten. One reason was that Mary Jane filled so many roles, as Peter Parker’s lover, confidante, best friend and dependent, that there just wasn’t room for anyone else to be consequential. The characters who mattered were people Peter had known for a long time (Flash Thompson, Aunt May, Liz Allen, Harry Osborn, etc.) or newcomers who had ties to events in Spider-Man’s history, such as Jill and Arthur Stacy, or even Ben Reilly.

It’s worth considering how the supporting cast has been mishandled in the past, when coming up for a strategy for how to use them in the future.