Why Should There Be A “Real” Spider-Man?

Previous entries were predicated on the assumption that there should be a central Marvel Universe, even if there were going to be some titles on the outside. But it doesn’t have to be that way. If the traditional Marvel Universe were to come to an end, every title can be taken in radically different directions.

Current Marvel EIC Alex Alonso discussed the difficulties of pulling off the shared universe in an interview with the AV Club.

This is a unique industry, a unique medium, because when Seinfeld caps its 10th season and goes off into the sunset, or Friends—I never watched either of those shows, I despise both of them—but when those shows end, everybody raises the champagne glasses and says, “Wow, what an amazing accomplishment.” But at the end of the day, they’re doing maybe 25, 26 episodes per year over 10 years, and they’re controlling one small universe, the Seinfeld universe, which is two rooms. It’s five or six characters in an ensemble. In comics, we’re trying to make sure that The Wire, The Sopranos,The Shield, and Game Of Thrones all can coexist, and that they all fit into some larger universe. It’s like we have to find a way to coordinate it all for our readers so people understand that whatever the dwarf in Game Of Thrones is doing doesn’t offset something Omar in The Wire is doing. That’s the challenge. It’s not a burden, but it’s a challenge. 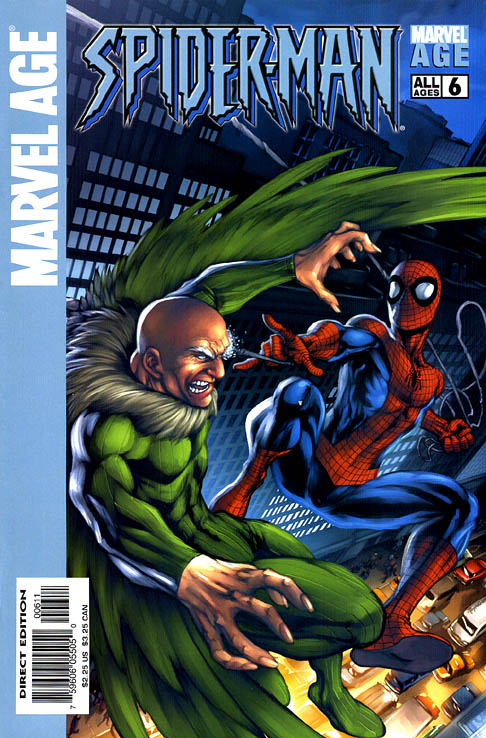 The disadvantage of the method is that it splinters Spider‑Man fans, which limits the amount of buzz and sales an individual title can get, which also limits the number of good creators interested in working on any of the titles. If one book gets an excellent creative team/ buzz, that can’t be used to promote the others, and can lead to a situation where that series starts siphoning away readers from the other books. It’s similar to what happened during “Back in Black” when Amazing Spider‑Man sold more than Sensational Spider‑Man and Friendly Neighborhood Spider‑Man combined.

Assuming each title is set in its own world, it also loses the shared universe aspect that helps make the Marvel Universe so interesting. The change also makes the logistics of possible spin‑off projects overly complicated. For fans reading several of the books, it becomes easy to confuse the status quo of one book with another (Did Electro kill the Vulture in Spectacular Spider‑Man or Sensational Spider‑Man?) It’s also significantly less likely that any of the individual titles will last as long as Amazing Spider‑Man is currently expected to last. And if all the books are set in the same universe, the majority of the series become glorified untold tales. Marvel briefly took this approach with the all-ages titles, before opting to go in a different direction.

Such a system may be the most viable approach to a post‑616 Universe Marvel Comics, with books about recognizable Marvel heroes set in their own self‑contained universes. While there would likely be some excellent and accessible results, events in the books will just seem less significant than in the shared Marvel Universe, if you know later writers might address a situation with an entirely different outcome. This problem isn’t exclusive to the comics. The impact of Harry Osborn’s death in Spider‑Man 3 is limited somewhat by the knowledge that he’ll be alive and well soon in The Amazing Spider-Man 2.

Knowing that things are better for the characters in one book limits the drama in another. If Mary Jane and Peter have three kids in Amazing Spider‑Man, it doesn’t matter as much if Spectacular Spider‑Man shows the characters discussing infertility concerns. If the books take wildly divergent paths (IE‑ the Peter Parker and Mary Jane of Web of Spider‑Man get a divorce, Peter marries Gwen in Astonishing Spider-Man) the reader gets the sense that we’re not dealing with characters but concepts. There’s no sense that one interpretation is unique, or if there is, that means the other books will be seen in a more negative light.

Ultimately, fragmenting the Marvel Universe the books limits the emotional investment in any of the universes, or in any but the one book a particular reader prefers. The understanding of how wildly different the portrayals of characters can be serves as a reminder of the artificiality of it all, more significantly than if the fan reads an interview explaining the illusion of change within the Marvel Universe. This isn’t the DC books, where there isn’t a “real” Superman, as the Earth‑One, Earth‑Two, post‑Crisis and post-Flashpoint Superman all vie for that title with the Timm/ Dini Animated Superman and Christopher Reeve’s performance of the character in the movies. The Marvel Universe Spider-Man is essentially the sole contender, as the subject of most stories (great and otherwise) even if the since rebooted Maguire/ Raimi Spider-Man may be more profitable.

I respect that some fans have their “own” Spider-Man, be it Ben Reilly or the middle-aged dad in the MC2 Spider-Girl. But the real one still appears in the most comics and stories, so if I want a lot of great (good is no longer enough) Spider‑Man stories in the decades to come, the 616 books should be the best that they can be, which would draw in new readers, while keeping the current older readers and bringing back those who have left the books. If the version most familiar to people who don’t read the regular comics is the single one, why shouldn’t the real Spider‑Man reflect that? Isn’t that going to make the books more accessible?

I’ve touched upon this in another series, but a significant difference between Marvel and DC is that Marvel doesn’t need Elseworlds titles. When they put an unbelievably great creative team on a title it’s set firmly in the “real” Marvel Universe, or in the Ultimate Universe. One creator’s run on a title can bring attention and new storytelling possibilities to many other titles. The writers and artists are free to reference the past and add to an intricate tapestry.

The big reason there’s one real Marvel Universe is that the original Lee/ Kirby/ Ditko stories which kicked it off are so good (significantly better‑regarded than Siegel/ Shushter’s Superman and Kane/Finger’s Batman) that the later writers didn’t hesitate to build on (and reference) the earlier stories, which started being reprinted since Marvel Tales began. A firm timeline was established long before Ditko even left the title, which increases the difficulty of a Legends of the Dark Knight type books set vaguely in the past. Something set between Amazing Spider-Man #38 and 39 will be different than something set between Amazing Spider-Man #62 and 63. There’s no monthly series retelling the iconic storylines, as they were so good the first time around. You rarely see any DC silver‑age stories on general Best‑of lists, though “This Man, This Monster” and the Master Planner saga don’t seem out of place in selections of the best comic book stories.

There’s been speculation that the only reason we still have the one Marvel Universe is that Marvel doesn’t want to offend Stan Lee, though the way he’s endorsed the movies and the Ultimate books shows that’s unlikely. A man who believed superhero comics were a fad probably isn’t too attached to his characters. We have the one main Marvel Universe because it works so much better than the alternative.