The Next Generation of Marvel Heroes 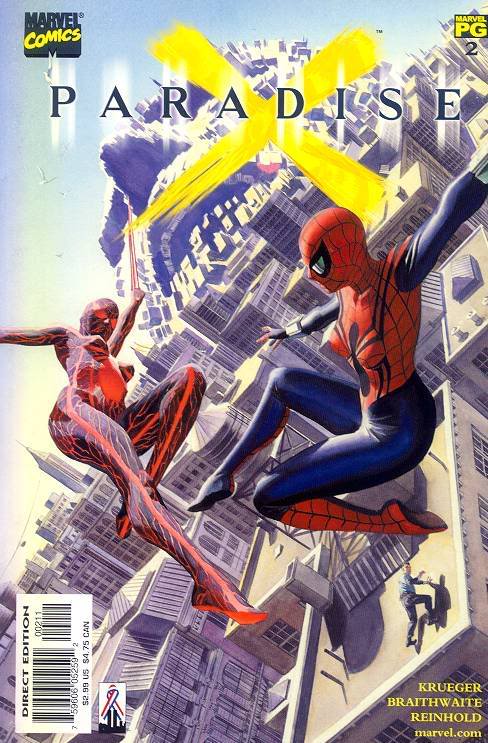 I don’t think the Marvel characters should grow, in the sense of becoming noticeably older, until one of two things happens. Marvel should have plans for something impressive after the current shared Universe comes to an end, or they should have several superheroes as good (or better) and as (or more) commercial than Iron Man, Captain America, the Thing, Spider Man, the Hulk, Wolverine and Daredevil. The next generation of superheroes has to be ready to assume the mantle.

There has been discussions about whether “legacies” should replace the original sueprheroes. As one comic fan suggested, there were new superheroes after Gilgamesh and Beowulf, so the next generation of comic book readers will have new superheroes of their own. For Spider-Man writers, this would mean that it’s okay to let the character grow older, until his retirement or death, which is sure to be a moving storyline.

The chief flaw in this argument is it took centuries to replace the mythic heroes. Hell, we’re still using Hercules and Thor. In my lifetime, there just haven’t been new Marvel (or DC or Image) superheroes as compelling as the top-tier superheroes. It’s unlikely that there’s anything better to replace Spider-Man him as he’s probably the most popular (and best) comic book character ever. Marvel has a history of using Spider-Man to promote new heroes, something that requires maintaining the wallcrawler’s popularity. 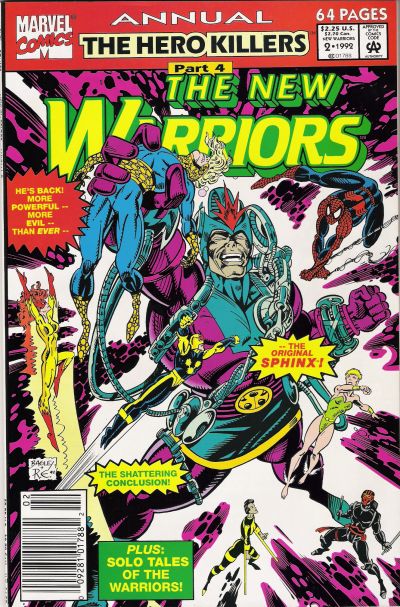 While the new readers might be interested in the books starring Spider‑Man’s teenage children, the odds that the kids will be better or more interesting characters than the original will be very low. Sales of Spider‑Girl showed that there was more interest in either the Marvel Universe or Ultimate versions of Spider‑Man than in Spidey’s kids.

I don’t want to see Spider‑Man retire because we’ve yet to see a new character as compelling or as commercially viable, and I’m interested in whether the replacements can make Marvel as much money because I want to see comics continue for a long time. This isn’t a dig against the Runaways, the Young Avengers, the Sentry or Gravity, but none of them have proven as popular or durable as the best Marvel superheroes. And until someone creates several new superheroes as good as or better than the BEST Marvel heroes, assuming Marvel can replace the characters who have provided decades of great comic book stories is a flawed proposition.

Some would argue that the new characters haven’t been around long enough, but this invites unfavorable comparisons to the earliest adventures of the A-list heroes. Within five years of their creation, Wolverine, Spider Man, Daredevil and the Thing all had some of their best storylines. Wolverine had his battle with the Hellfire Club and first encounters with Alpha Flight. Spider-Man had his origin and the Master Planner saga. Daredevil had the legendary battle with Namor, illustrated by Wally Wood. The Thing had ‘This Man, This Monster.”

If Marvel were to go with a literal next generation approach, how would the superheroes coexist? I don’t think most new readers would start following the adventures of a middle‑aged Spider‑Man who lives a less interesting life than his teenage children, the stability of a happy marriage not being conductive to decades of exciting stories. And without a big jump forward in the narrative, it’ll take a long time to get from one generation to the next. I doubt readers will be interested in the stories from the period in which Peter Parker is the happily married father of children too young to be superheroes, which would be a fairly lengthy period with the traditional notion of Marvel time.

Advocates of replacing the old guard with a new generation of superheroes point to the legacies in DC. But a difference between Marvel and DC has been that DC has more of a reputation for replacing its top characters with newer versions. While Marvel’s got the Human Torch, DC has Flash, Green Lantern, the Blue Beetle, etc. With Marvel comics, people usually care more about the secret identity/ private life than they would in the DC counterparts. Peter Parker is just as important as Spider Man.

In Batman Beyond, Bruce Wayne was a supporting character, not a protagonist. The series also required a jump of a few decades. They didn’t show Bruce Wayne gradually get older and then become the mentor for the new Batman. Plus it didn’t replace the adventures of the Bruce Wayne Batman. I think the main reason they haven’t shown a hero getting gradually older is that he’ll gradually become less interesting when it’s harder to shake up the status quo. How are you going to go from a status quo in which Peter Parker is a young father to one where he’s not, aside from Peter slowly becoming an old father?

Eventually the current generation of Marvel heroes is phased into retirement, and replaced by heroes who just aren’t as compelling or popular (compare sales of Spider Girl to the top selling Spider Man book) but who may still develop a significant fan base, who would vocally complain on the internet about how their favorite characters aren’t being treated fairly. With sales slowly and steadily declining, the editors wonder what to do next. In the worst case scenario, they would make the worst possible decision, which would lead to the cancellation of all the Spider Man comics, sometimes mid storyline, though I don’t see how they would fix the problem, short of a universe wide reboot (which Marvel hasn’t needed yet).

Given the turnover at Marvel and any comics company, it is probably too much to expect a decades long plan for their superhero franchises. One EIC may commit to it, but the next one may decide it’s not going to work out. All the EICs/ creative teams can reasonably be expected to do in terms of growing the characters is to make sure that the characters are left in a good enough position for the next creative teams/ editors.

I’m a comic book fan, wannabe writer, politics buff and New Yorker. I don’t actually follow baseball. In the Estonian language, “Mets” simply means forest, or lousy sports team. You can email me at mistermets@gmail.com
View all posts by Thomas Mets →
This entry was posted in Spider-Man and tagged Mayday Parker, Spider-Dad, Spider-Girl, The Infinite Spider-Man. Bookmark the permalink.