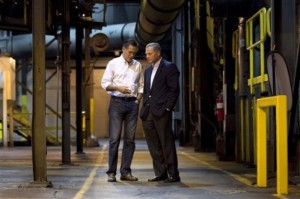 There are a handful of politicos who have been mentioned as potential Romney running mates, who weren’t included in my earlier lists. There is no indication that Romney is considering any of these people. But if the history of Republican Vice-Presidential selections is any guide, it’s entirely possible that Romney will choose someone below the radar, following in the footsteps of previous nominees Nixon, Goldwater, HW Bush, Dole, W Bush and McCain. So here are some plausible, although not very likely, potential Republican Vice-Presidential candidates.

His name popped up in a discussion at the Election Atlas forum, as well as American Spectator’s list of eight long shots, and at the very least it seems credible. He was born in the swing state of Virginia, and elected to office in the other traditionally conservative Southern state Obama won.  He has 18 years of experience in Congress, and a moderate Reputation as one of the eight Republicans in the Senate to repeal DADT. On the other hand, he’s a bland white guy, and his distant relative Aaron Burr was probably the worst Vice-President in the nation’s history.

Davis and Obama, in friendlier times.

A prominent Democratic turncoat, who appeared on the American Spectator list before he switched parties. He can be a useful surrogate. When Obama argues that he can help break the Republican fever, a pissed off former Democrat on the ticket can change the narrative for Romney. It would also help Romney to have an African-American on the ticket when arguing that the first Black President doesn’t deserve a second term. However, a guy who changes political parties after losing an election may not be the best fit for a candidate accused of changing political positions. And a Congressman who lost a primary in his sole bid for statewide office might lack the necessary gravitas.

She’s been involved in politics for decades, and served as the Lieutenant Governor in Oklahoma for three full terms, so she has a lot of experience as the second in command. She held statewide office during the Oklahoma City bombings, which should be good bio fodder. She was recently elected Governor of a small and very conservative state, but she also has some experience with Washington after two terms in Congress in the minority party, which means there are less accomplishments as well as less targets for a general election campaign. Her first husband did accuse her of infidelity with a bodyguard, a story that would be likely to get national attention if it just came out that Fallin is being vetted. With Romney’s squeaky clean reputation, a divorced running mate shouldn’t be a problem, though. The campaign might welcome any obviously flawed sexist attacks. But I’m not sure Romney wants to pick someone largely unknown.

The favorite of a few conservatives, Kyl was name-dropped in a column by Jennifer Rubin about why Tim Pawlenty would not add enough to the Republican ticket. I think Kyl would be a bad choice, but he seems like the type of guy who would be recommended by some of the people who Romney listens to. He has decades of Washington experience, and there is the theory that a guy in his seventies won’t hurt President Romney to advance his own career and is therefore preferable to someone eyeing the White House as well. Mitt Romney wants to be the fourth oldest President ever elected, so I’m not sure he wants someone even older as a running mate. Kyl has also gained a recent reputation for intransigence, which could be problematic. There was the entire “not intended to be a factual statement” fiasco. 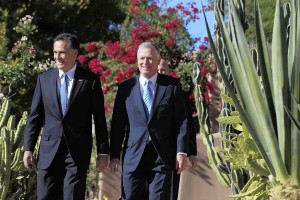 In the very unlikely event that this happens, I want to take credit for predicting it. Conservatives like him and he has national stature. It’s been decades since the gaffes, and he has had nothing to do with Republican screw-ups in the last twenty years.

Maybe Romney really wants a fellow teetotaler on the ticket. If Romney decides he needs an African-American running mate, Watts is more conservative than Rice or Davis, and less abrasive than West. He left Congress after the 2002 election, so he could avoid the blame for anything that happened in the next ten years.  And Mormon Mitt could benefit from having a baptist minister on his ticket.