The Medieval As Genre 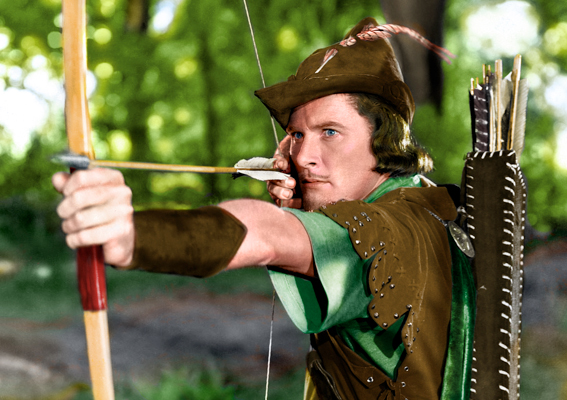 The Western is probably one of the best settings in film, due to the storytelling opportunities of a lawless land, the cinematic wide open spaces, and the iconography. It’s become one of the few settings that has become its own genre, and I’ve come to appreciate the ways the same should be true of the medieval era, which has its own trappings (kings and queens, knights and dragons, the Church as a rival power or source of wisdom) and a consistent history of successful adaptation.

Technically the actual Medieval era ended in the 15th Century, but a wider designation in film could include the Renaissance, essentially covering the period before we had democracy and guns. These are the foundation for western understanding: the dark ages, a bad time for progress and being alive, but an interesting time for dramatic purposes.

This would be a genre that would include the second-highest grossing movie of 2017 (Disney’s Beauty and the Beast remake), a trilogy of top ten grossing films in 2012-2014 (The Hobbit), several successful animated franchises (Shrek and How to Train Your Dragon), And that’s before we get to the Lord of the Rings films, and Kevin Costner’s Robin Hood (oddly enough, the #2 film of 1991.)

If Medievals was a genre, its top five would be competitive with the top five of westerns, due to the flexibility in realistic and fantasy settings. Tarkovsky’s Andrei Rublev is a great exploration of art and faith in a harsh setting. Disney’s Snow White is one of the most important movies ever made, as an early animated hit, but iconic. This could be rounded out with the Lord of the Rings trilogy, Bergman’s The Seventh Seal, and possibly the best silent movie ever made The Passion of Joan of Arc.

You could make the case that this should be a shared genre with the rest of the middle ages, including the samurai era. There are some similarities, with a code of honor in a largely lawless society where people fight with swords. My general sense is that samurai films would be a distinct entity, but I can understand the argument. It seems as distinct from the medieval era as the “sword and sandals” epics which cover Ancient Greece and Ancient Rome (although that’s more of a category than a genre.)

As a genre, the medieval has the advantage of work from the best writer who ever lived, since there will always be film adaptations of Shakespeare, and we’ve seen quite a few good ones: Laurence Olivier’s Hamlet and Richard III, Kenneth Branagh’s Henry V, Orson Welles’ Chimes of Midnight, and Polanski’s Macbeth. More are coming.

Other notable medievals would be The Adventures of Robin Hood (which is also adapted quite often) and various films about royal intrigue, like Beckett and The Lion in Winter, or A Man For All Seasons. You’ve also got Braveheart and the Kingdom of Heaven (the extended cut is quite good.)

It’s hardly limited to English language films, as it includes the Czech classic Marketa Lazerova, Sergei Eisenstein’s Alexander Nevsky, the Finnish drama Pathfinder, the Soviet adaptation of King Lear, and more. Rainer Sarnet’s November is set in the 19th Century, but it’s pretty much a medieval, partly due to the remove of the characters in the Estonian setting.

There are some comedies in this setting, with Monty Python and the Holy Grail, or the musical The Court Jester. There were so many Disney films in this period, that there’s a popular series (Shrek) essentially parodying them.)

There has been much rich material from the silent era, with the St Bartholmew’s Day Massacre chapter of Intolerance, Fritz Lang’s Die Nibelungen, Murnau’s Faust, the history of witches in Häxan, and Lon Chaney’s The Hunchback of Notre Dame.

We’ve started seeing more of it in TV, thanks to Game of Thrones and Vikings. There will surely be the inevitable Game of Thrones spinoffs, as well as a lot of other shows trying to imitate their success.

This is a genre that has always been around, and has slowly built an impressive filmography. But we do seem to be seeing more of it now. It could be that it’s speaking to the current era with the focus on ignorance and tough choices.

The dividing lines can be difficult to settle. There is arguably a change with the arrival of guns, and the spread of colonialism (I suppose you could argue there’s a colonial genre as well, although there are less movies about that) which leads to different priorities for everyone involved. The gothic has been considered a different era.

These films do often fall in other categories, like Fantasy, or Period Romance. But why not have lists of the best medieval films, or Netflix codes?