What Kalevipoeg Means to Me 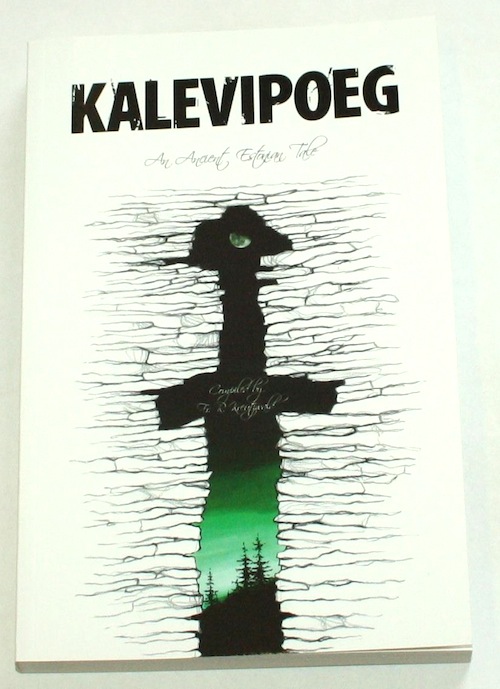 After my Kalevipoeg essay for an Estonian Culture class in an English language Baltic Studies program at the University of Tartu,  I was asked about what the story had meant to me. This was my response.

As a wannabe writer, I have a clinical view of stories, which makes it difficult for me to develop an opinion about the work. I can analyze the flaws, and some examples of what the writer’s trying to do, but I lose sight of the subjective stuff and sometimes the bigger picture. Add to this the way Kalevipoeg has always been a fixture in my cultural understanding, as the national hero of Estonia, and you can see why I can write an essay on the topic without really giving my opinion on it.

It never came up in class, but I speak Estonian (I don’t write effectively in the language.) My mother’s from Estonia, as are my father’s parents. I’ve always been aware of Kalevipoeg as one of the great works of the Estonian language, along with Kevaded., a novel and film about the experiences of schoolchildren over the course of an year. Hell, a family friend wrote an official English translation of Kalevipoeg. One of the first things I wrote was my own adaptation of it, so the work has tremendous personal significance. But I’m not sure I know what to think of it.

It has endearing qualities that I’d sometimes like to imitate in my own work. This would include the way the varied folklore is united into one fantastic world, full of goblins and wizards, and warriors with the faces of dogs. In some stories, it may be worth recapturing the fantastic primitivism, such as Kalevipoeg’s varying sizes and other ridiculous inconsistencies, which have their own charm.  There’s a primal appeal to the idea that Kalevipoeg just swims to Finland to chase after an enemy. Kreutzwald’s style and artistic flourishes imbue the work with an epic and mythic sensibility, although it’s just as often repetitive and redundant. That’s one element I’d be more careful when appropriating, given how it sometimes seems to collapse into self-parody.

I’m a comic book fan, wannabe writer, politics buff and New Yorker. I don’t actually follow baseball. In the Estonian language, “Mets” simply means forest, or lousy sports team. You can email me at mistermets@gmail.com
View all posts by Thomas Mets →
This entry was posted in Eesti, Literature, Writing and tagged Kalevipoeg. Bookmark the permalink.