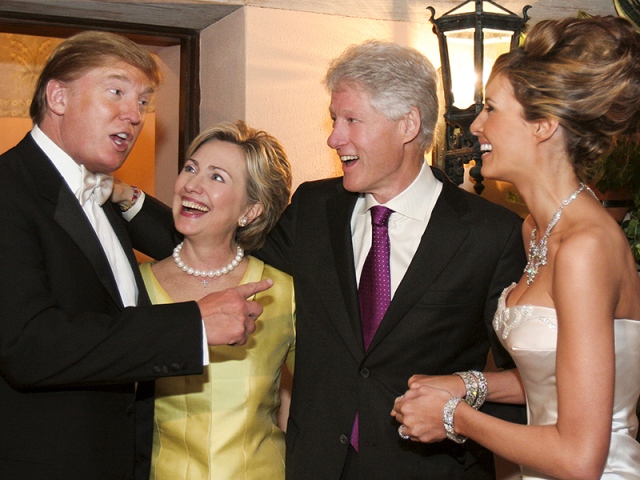 I’ve been interested in the qualifications of previous presidents as evident by posts on the most qualified presidents the United States has ever had, and a ranking of the least, in addition to a look at how fictional presidents compare. As a result, I’m curious about how the current presidential tickets compare. It’s worth noting that this is a measure of their qualifications on paper, rather than morals or intelligence. It isn’t an indication about how well they would do in the White House, as evident by the ways Abraham Lincoln was one of the least qualified Presidents, and James Buchanan was one of the most.

I’m partly interested because of the argument that Hillary Clinton is the most qualified person to ever run for President. This was advanced by President Obama, and was at the very least a title on a Think Progress piece.

Hillary Clinton was a prominent Senator, and Secretary of State. The experience of first lady is difficult to assess, but it would be fair to describe her in political terms as a senior adviser to a governor turned president. I’d still rate her below Jefferson, Madison, Monroe, Polk, Buchanan and Johnson, due to their varied backgrounds and impressive accomplishments. But she is much more experienced than the previous three Presidents. On a ranking, I’d put her in ninth place just behind George Washington (the most consequential General in American history, as well as a key figure in the Articles of Confederation discussion), and slightly ahead of both Presidents Johnson. That’s pretty high up, but not first place.

Trump is difficult to assess, given how opaque his business dealings are. It’s hard to figure out his qualifications when there are major disagreements about his net worth and accomplishments. He would be the only President to have never served in any public office prior to the election. Those weren’t in elected office had served as generals or cabinet officials, and there are a few individuals who ran for president with more concrete records (IE- Carly Fiorina’s four years in charge of a Fortune 20 company are probably equivalent to a similar stint in Congress.) Given the ambiguity, I would compare rate Trump near the bottom, just above Chester Arthur. 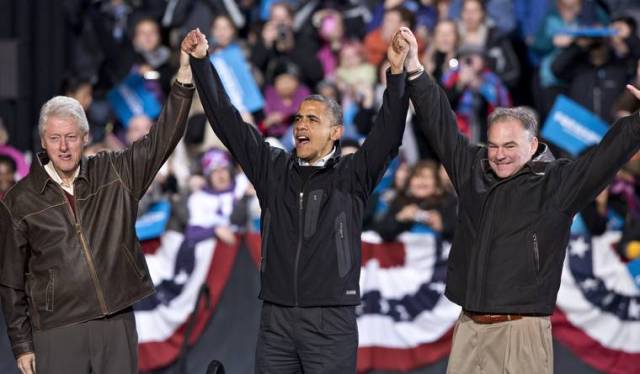 This election is one where the running mates are quite qualified, both mixing executive experience and significant legislative experience in Washington. Tim Kaine was a small-city mayor, Lieutenant Governor, Governor, and DNC Chairman before he became a respected and relatively accomplished Senator. I’d rate him at just below LBJ, due to the mix of experience.

Mike Pence is in a similar category. His congressional career included a stint as the #3 Republican in the House of Representatives, although when the party gained its majority he opted to run for Governor rather than take a leadership post. He adds to his career in congress a term as big-state Governor, although he’ll be limited to one term in the office. I’d rate him just above FDR.

There are also some independent candidates, so it’s worth looking at their records.

Gary Johnson was a businessman turned small state governor. He hasn’t served in office since 2002. I’d rate him just above George W Bush—a governor with limited executive authority whose business career was mainly due to his father’s connections—near the bottom. William Weld, the Vice Presidential candidate, spent six and a half years as Governor as Massachusetts, following a career as a prominent prosecutor. He left to be Ambassador to Mexico, although the nomination didn’t go through. He kept a low profile since, but has been involved in politics in several capacities, including advising the Bush campaign in 2004. My guess is he’d be roughly in the middle just below Rutherford B Hayes, and below Ulysses S Grant.

Jill Stein and her running mate seem to be less qualified than Chester Arthur. Neither has any significant accomplishments or posts. Evan McMullin was former chief policy director for the House Republican Conference in the U.S. House of Representatives, although he served the post for a very limited time. For an alternative to Trump, I’d say he has similar qualifications. His running mate, Nathan Johnson’s probably at the bottom.