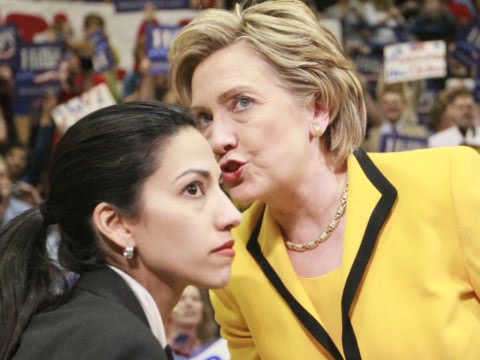 After the stories about how Hillary Clinton wants to cut ties with Huma Abedin due to her husband’s embarrassing mayoral campaign, the new piece about how they’re all worried about Abedin is politically more useful. She’s now taking a break from working for Clinton.

San Diego Democrats have an embarrassing excuse in their complicity in Mayor Filner’s habitual abuses.

Let’s say that autonomous cars slash overall traffic-fatality rates by half. So instead of 32,000 drivers, passengers, and pedestrians killed every year, robotic vehicles save 16,000 lives per year and prevent many more injuries.

But here’s the thing. Those 16,000 lives are unlikely to all be the same ones lost in an alternate world without robot cars. When we say autonomous cars can slash fatality rates by half, we really mean that they can save a net total of 16,000 lives a year: for example, saving 20,000 people but still being implicated in 4,000 new deaths.

There’s something troubling about that, as is usually the case when there’s a sacrifice or “trading” of lives.

The identities of many (future) fatality victims would change with the introduction of autonomous cars. Some victims could still die either way, depending on the scenario and how well robotic cars actually outperform human drivers. But changing the circumstances and timing of traffic conditions will likely affect which accidents occur and therefore who is hurt or killed, just as circumstances and timing can affect who is born.

NPR determines that the IRS scrutiny was worse for conservatives.

Paul Ryan is really popular with Republican voters. I still maintain that he’s a strong presidential contender. He is essentially the equivalent of the next in line, and handled himself well as a candidate for national office. He also has a geographic advantage in the Iowa caucus.

The Republicans have a top recruit in the Arkansas Senate election with freshman congressman and veteran Tom Cotton.

Interesting questions from the Dish on whether we’re failing at grading failing schools.

The Democratic Governor of Illinois has an impressive primary challenger in Bill Daley, the son and brother of Chicago Mayors, a former Secretary of Commerce in the Clinton administration, and Chief of Staff in the Obama administration.

Noem Scheiber of the New Republic wonders if Republicans are capable of assessing what is in their best interests.

What if House members are tryingto act in their self-interest; they’re just exceptionally bad at figuring out what that is? What if they’re, you know, kinda dumb? For example, if you’re a House Republican, presumably you have some policy preferences: You’d like to massively cut taxes for the wealthy, you’d like to slash spending for the poor, you’d like to privatize Social Security and voucherize Medicare. In short, you’d like to enact the Ryan plan in its full, Randian glory. But, of course, there’s no way to do that as long as there’s a Democrat in the White House. And, unfortunately, as long as you’re committed to acting crazy—threatening needless government shutdowns; insisting that Obamacare is the greatest assault on freedom since the Nazi march across Europe; failing to fix massive electoral liabilities, like your perceived hostility to Latinos—you may preserve your House majority. But it’s going to be damn-near impossible for a Republican to win the presidency.

Ted Cruz denies tries to walk back earlier criticisms by denying that he said something that he clearly said.

Thinkprogress suggests Elysium may be a test case for political films.

But Blomkamp is a political director. District 9 was a searing examination of what human beings are willing to do to the other, and of the agony of moving from a state of personhood and citizenship to a category outside of those designations. Elysium is obviously and bluntly about inequality and health care, and has rhetorically situated audiences on the side of the have-nots. I doubt White House Down or After Earth will be used to discredit the idea of generating stakes by putting the president in danger, or destroying entire cities, or even of post-apocalyptic fiction. But I can very easily see a failure by Elysium at the box office discrediting the kind of political science fiction that would really invigorate our action movie environment.

I’m conflicted here. I liked District 9 and do prefer works of art in which people discuss policy, politics and ideas. But a story that clearly positions the audience on one side doesn’t really offer that. There’s a point where it’s just propaganda with a massive budget.