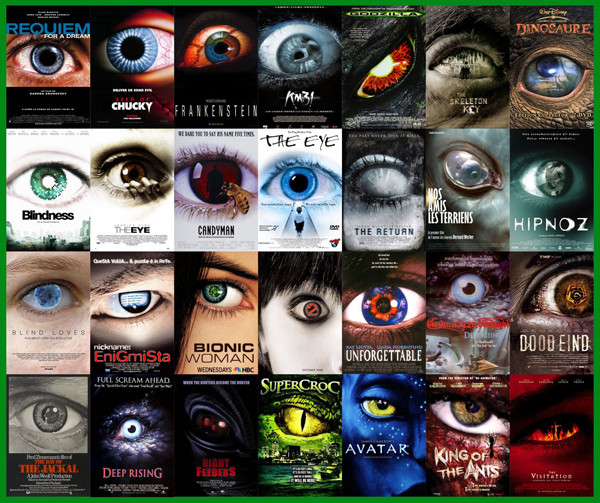 Someone has compiled 15 film poster cliches.

Spike Lee releases his list of essential films, the syllabus for his NYU Graduate class.

Noah Millman considers whether the zombie movie has become the new western.

Which is what worries me about the argument that zombie movies are the “new westerns.” If we are uncomfortable with the traditional western because of the role it assigns to the aboriginal Americans, and this is because we recognize the massive injustices committed by our nation and our government in the course of our conquest and settlement of the continent, well and good. But it might be that we’re uncomfortable for the opposite reason – that we prefer to see our enemies as truly non-human. As orcs, or zombies.

And we still do have enemies, after all. But those enemies are human, with human, comprehensible motivations.

A blogger’s decision to read a book from every country inevitably leads to a review of an Estonian novel.

Chinese Democracy may have been an underwhelming album considering all the hype, but it has been followed by material by other artists well worth the wait.

Minhquan Nguyen considers the appeal of 1940s adventure heroes in a review of a crossover between the Spirit and the Rocketeer.

What is it about pulp, specifically one era of pulp, that keeps readers coming back for more even decades past its prime?  If you ask me, pulp offers baggage-free entertainment: all the action and dramatic flair, without the challenging gray areas.  In a world where each piece of fiction is a different cocktail of increasingly wild combinations, pulp is the whiskey shot of genres: straight, to the point, and just what you needed.

Certainly, there has been no better age for the everyman character.  So many of our heroes nowadays have to be “special” in some way: a mutant, a prodigious intellect, a person touched by the hand of fate—someone who is different from everybody else.  The Spirit and Rocketeer are comparatively ordinary beneath their domino mask and space helmet.  Denny Colt and Cliff Secord aren’t brawny Adonis’ or super-geniuses or gifted with unusual abilities and powers of any kind.  They get by on their guts, a good dose of cleverness, and their values.

I have a perverse desire to make a mix tape with this, and Hasa Diga Eebowai from Book of Mormon, and set it up to play on a church’s PA system. NSFW lyrics.

Er, to get on God’s good graces after the last comment, here is some commentary on the lord’s prayer.