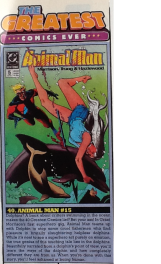 Speaking of Wizard lists, my favorite issue of the magazine was probably #105, where they decided to celebrate the new millennium with best of lists, including the 40 greatest comic books ever. circa 2000. There was some good stuff that they missed, but it was pretty useful at the time. I was a high school student with an increased allowance, who suddenly had access to all the comic book stores in Manhattan, as well as book stores with Graphic Novel sections. I’ve since gone on to read every story on the list, and while I would quibble with some of the choices, it is mostly really good stuff.

The Batman, Spider-Man, Superman and X-Men franchises are represented with three stories each, so I’m guessing that there were some internal cap on the maximum number of greatest comic ever made that could come from each series. There was no such limit on writers and artists. Alan Moore was the most represented talent on the list, with seven stories. Frank Miller came next, with six stories, including three of the top four. The top run on any title was Chris Claremont and John Byrne’s Uncanny X-Men with three stories, all in the top eleven. Byrne was also the writer-artist on the two Fantastic Four stories on the list, as well as the one Superman story that was not written by Alan Moore.

Maus is an interesting exception, as it was mentioned in the same issue in a piece about why 1986 was such an awesome year for comics. Wizard would later declare it the best trade paperback ever made. I’m guessing that they thought it belonged in a different category, along with the type of books that the Comics Journal praised. Also absent were Will Eisner’s A Contract With God, the independent comics of Robert Crumb, any comic strip, anything from EC Comics and any arc from Love & Rockets.

There weren’t many older comic books on the list. The Golden Age was not represented at all. Amazing Fantasy #15 was the only one from the Silver Age. The Proteus saga from Uncanny X-Men, and the alcoholism story from Iron Man were the only comic books from the 1970s. Two of the stories on the list—Earth X and League of Extraordinary Gentlemen—hadn’t been finished yet, but neither is out of place on any Best Of. 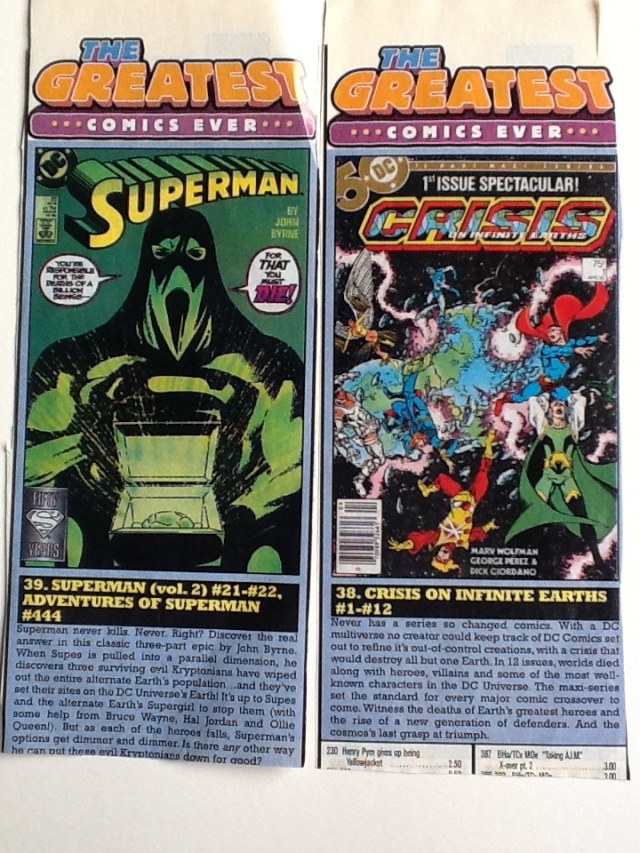 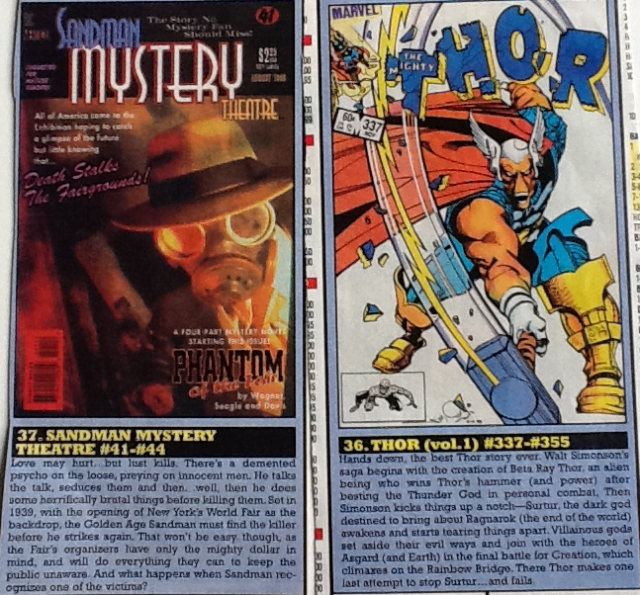 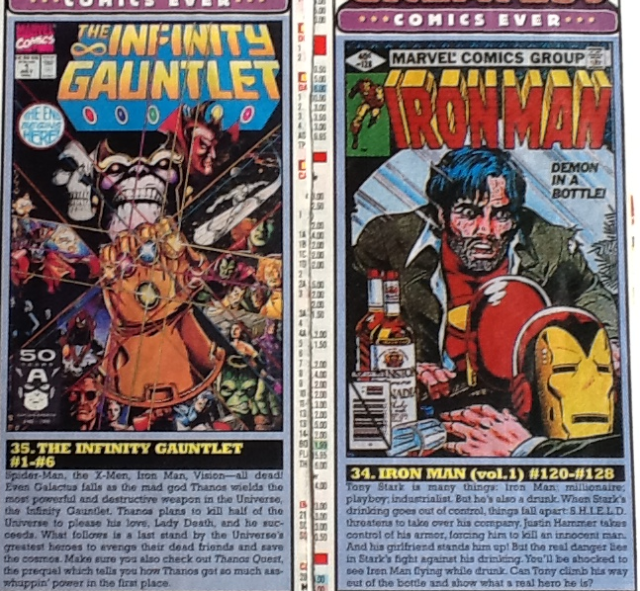 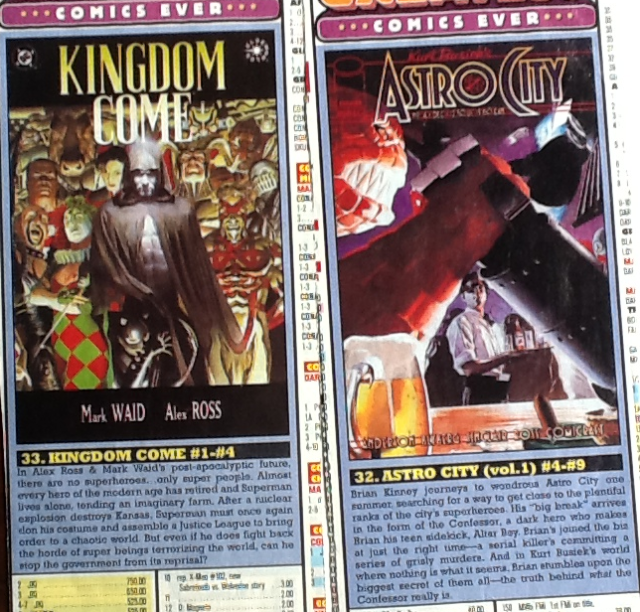 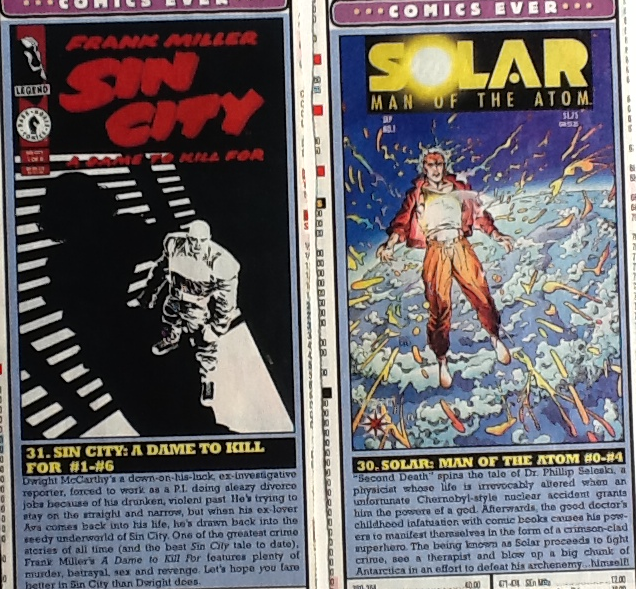 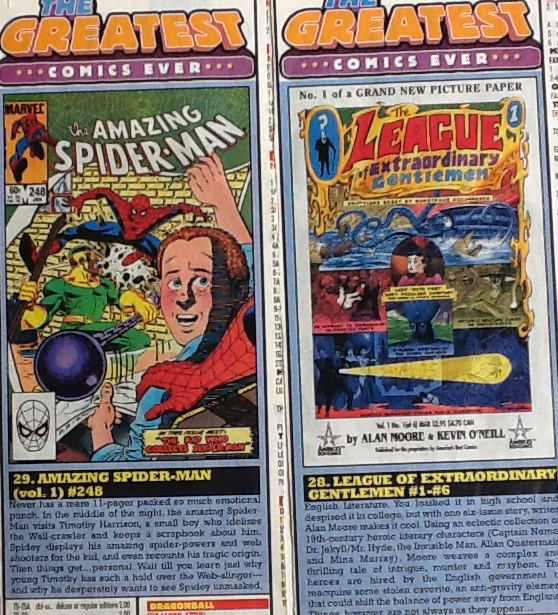 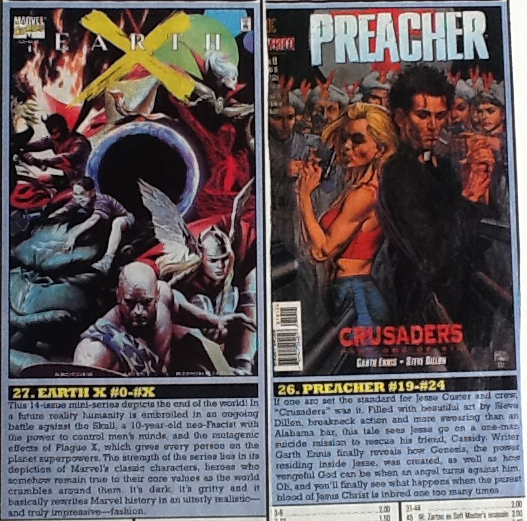 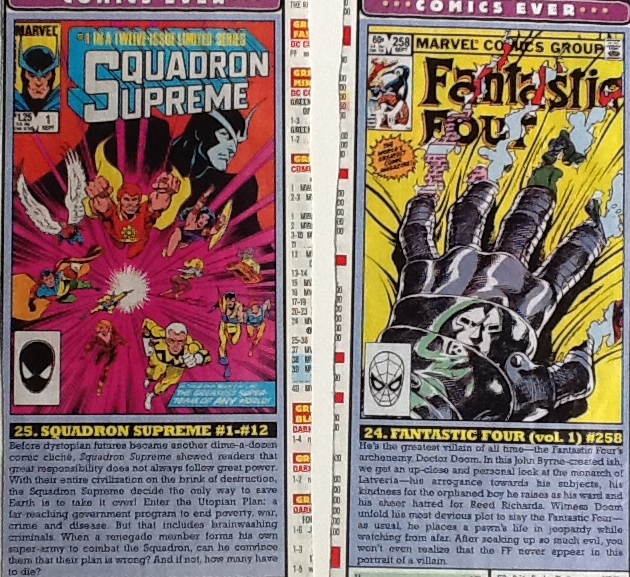 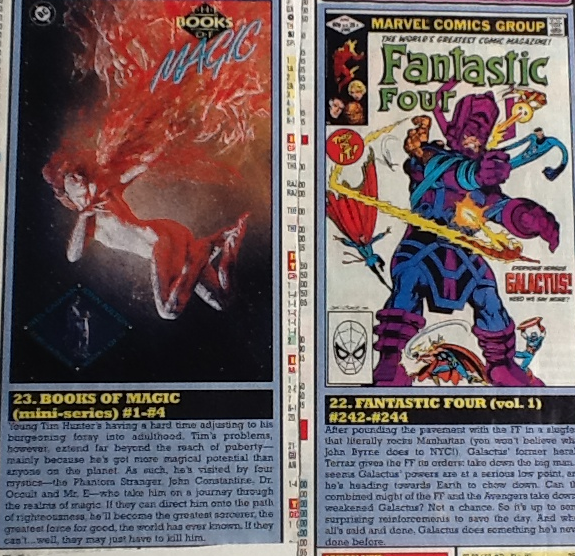 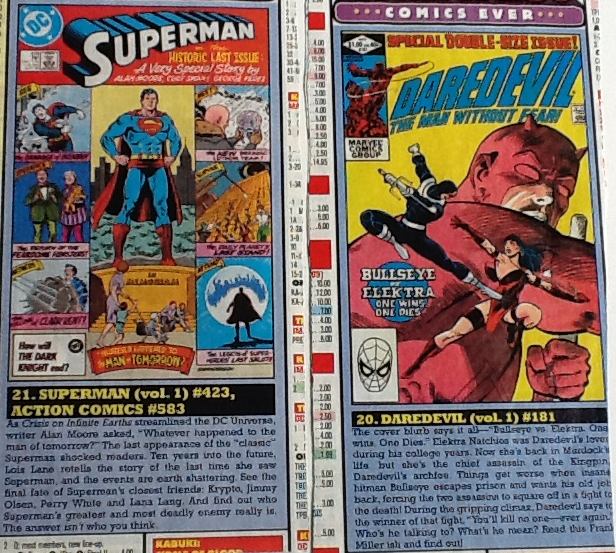 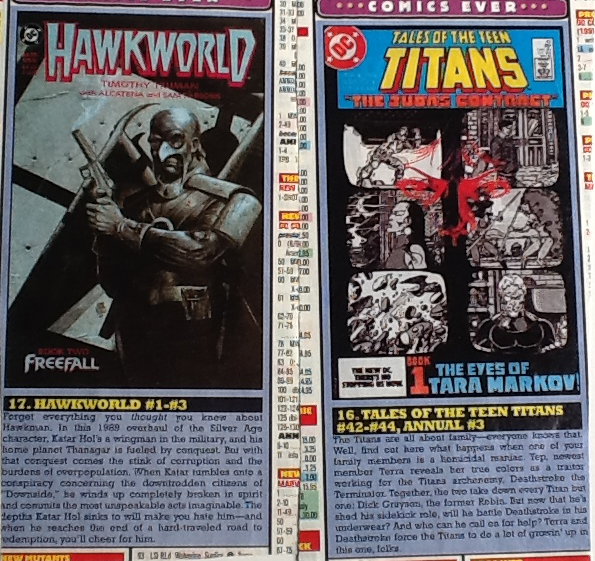 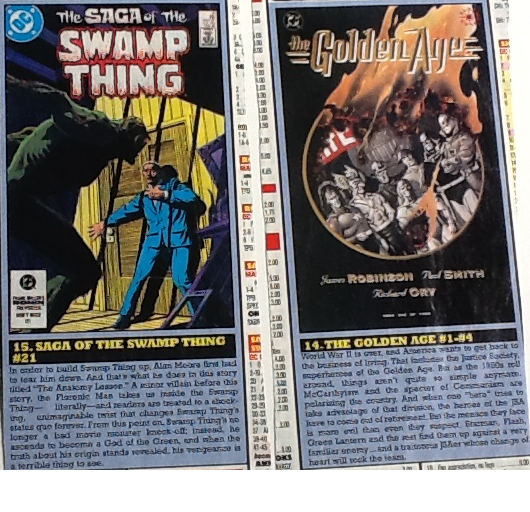 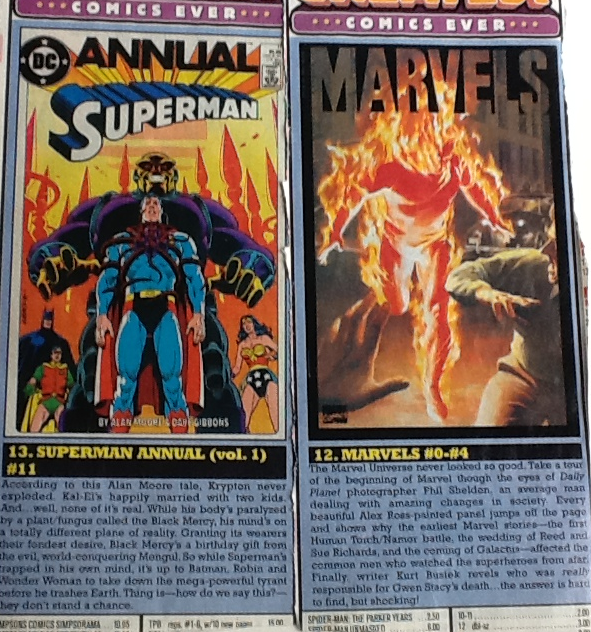 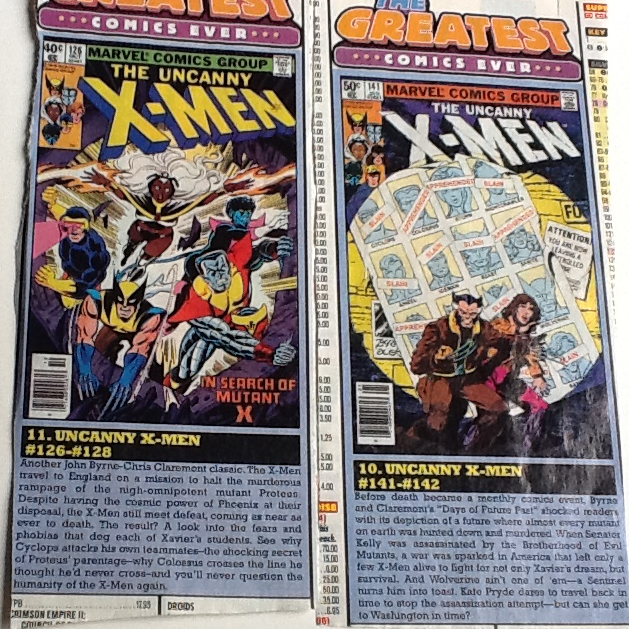 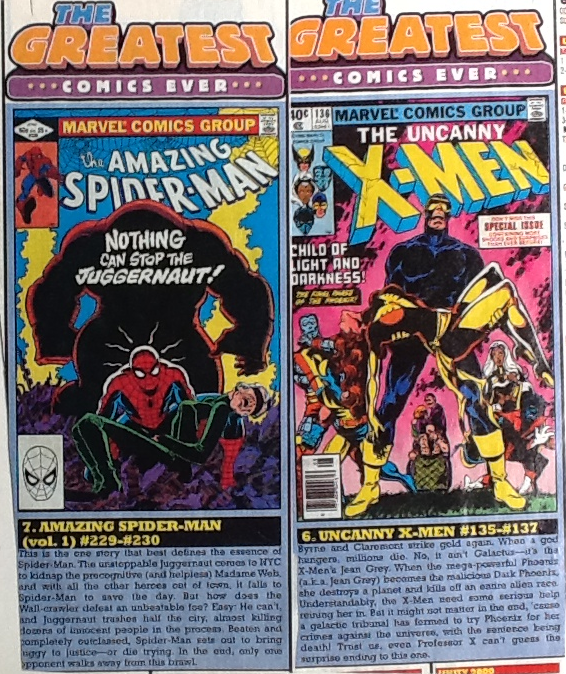 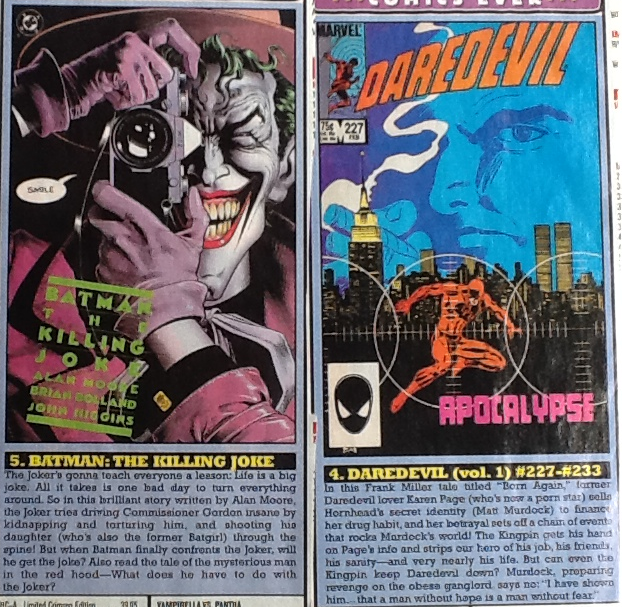 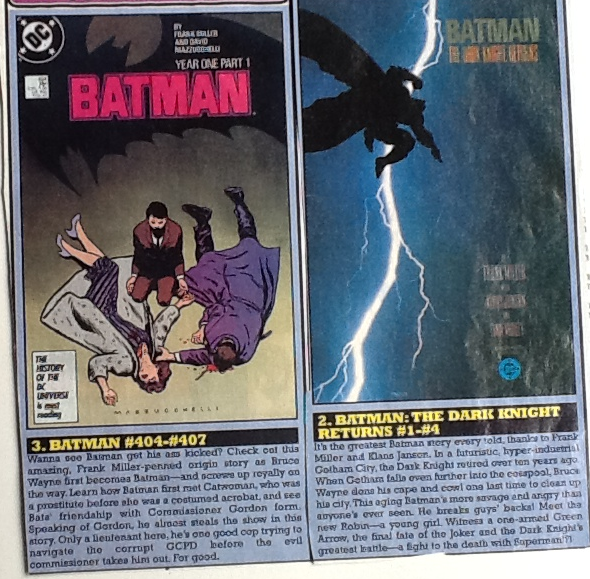 I do agree with their choice for #1. 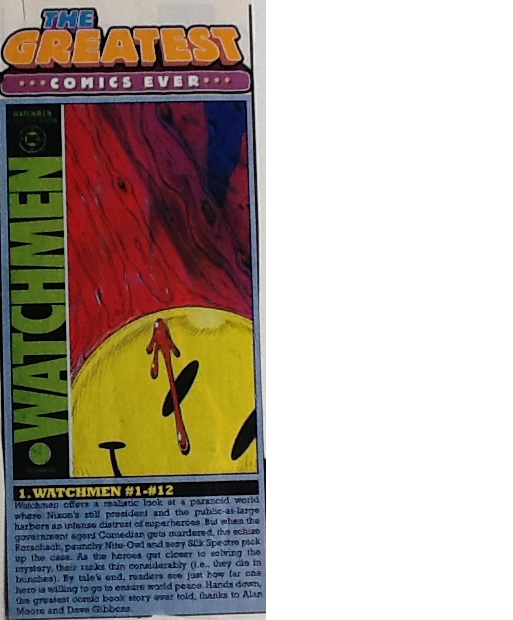