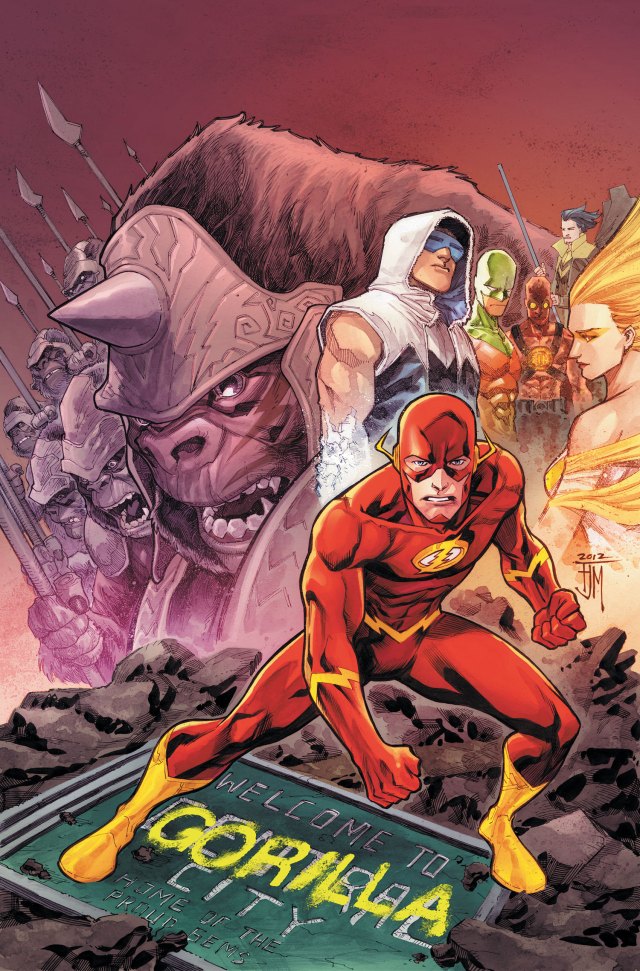 Reads a bit like a bronze-age comic, especially with the initial emphasis on self-contained single issue stories, as Barry Allen’s problems start resembling those of Silver Age Marvel heroes. Those early issues do tie up nicely with an excellent revelation about Captain Cold.

Alan Grant and Norm Blogfoyle’s run is one of the those acclaimed titles I’ve been meaning to try. The initial focus purely on the procedural elements of Batman’s life. I don’t recall any emphasis on Bruce Wayne at all in the first seven issues. It’s basically Law & Order: Batman, primarily with new villains. The Ventriloquist and Scarface are still around. The Ratcatcher seems like a poor man’s Vermin.

In contrast to one of my least favorite New 52 debuts, this is pretty good, although the winged enemies get a bit generic. As a big fan of Tim Truman’s Hawkworld mini-series, I did appreciate the return of Shayera Bal and Byth.

An excellent dark X-Men spinoff, making the most of a killer concept, as this new team is forced to make increasingly difficult decisions. It’s possibly the first really good story I’ve read with Apocalypse, who is basically the X-Men version of the 90s bad guy Carnage.

John Romita Jr doesn’t quite draw children well, which makes the scenes with the main character in her secret identity rather weak. Otherwise, it’s a funny mature readers take on what it would really be like if superheroes existed in the real world.

These all involved the Flash. The second annual has a good pilot for Wally West as the Flash, balancing the silliness of the Silver Age with the more somber demands of 1980s comics as West ponders his future. The Barry Allen spotlight has an epic twist, although the execution is a bit weak. Issue 40 was a spotlight on monkeys, with the Detective Chimp story the highlight. The 41st issue is a good Flash story without the Flash, using a conflict between the Rogues as an excuse for infodumps about their backstories, as a man with amnesia tries to figure out if he’s one of them. 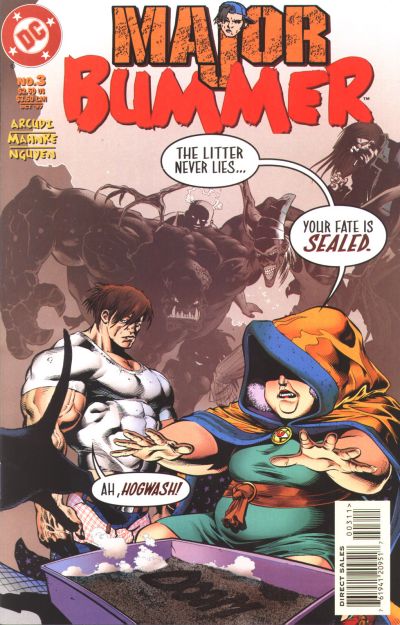 I’ve had a vague interest in this title ever since I saw a positive write-up in Wizard a long time ago. Funny silly series about a loser superhero and his pals. Hit Girl may have been more fun, but that has more to do with Millar’s gifts than any shortcomings for Arcudi and Mahnke.

The Atlantean invasion did justify a crossover with the Justice League, and I do like the concept for the spinoff. These are solid, but not exceptional superhero titles.

Uncanny X-Force is a good follow-up to the work Remember and Acuna did. The Cable series tries to blend the original X-Force with Remender’s version, combining moral ambivalence with a bit more silliness. Both are solid X-Men spinoffs.

JLA #1-15: Morrison’s 90s JLA relaunch is very well written. I loved his take on the team as an epic superhero series with great character moments. The series is highly recommended in spite of Howard Porter’s Image influenced art.

Aztek #1-10: Morrison and Millar introduced a new kind of superhero, the antithesis of the dark 90s hero. The main narratives aren’t as enjoyable as the responses of a more sensitive pacifist hero trying to figure out new ways to be effective. These are themes Morrison explored in Animal Man and All-Star Superman, and that Millar would cover in Ultimate X-Men.

Animal Man #0,1-18, Annual 1/ Swamp Thing #0, 1-18, Annual 1: Scott Snyder and Jeff Lemire had some balls, with their take on characters best known for legendary runs from Alan Moore and Grant Morrison. It’s a good DC horror series before half an year is spent exploring with guest appearances by more familiar heroes in a dark alternate future.

I, Vampire #0, 1-18, Justice League Dark #7-8: Another DC horror series. It started out as almost a vampire riff on the X-Men. And then came the twists, as the heroes and villains seemed to switch sides. Often. It’s likely to be fondly remembered a in a few years, and available in one giant omnibus.

Morrison’s best work until All-Star Superman. The series allowed him to explore mankind’s relationship with animals, a subject he’s passionate about. And the length that lets him set up some plot points twenty issues in advance, but doesn’t allow for padding. A good third of the run is just payoff. Although the highlight might just be a self-contained story about dolphin hunting, that seems to have the reverse of a generic Twilight Zone twist.

Secret Origins #39/ Special One: #39 had two stories: an Animal Man tie-in, and the origin of the Man-Bat, with a few too many coincidences, and some gorgeous art by Kevin Nowlan. The special had a great frame by Neil Gaiman, as a film crew started researching the Rogues. These ten page stories were later retold as several good mini-series. 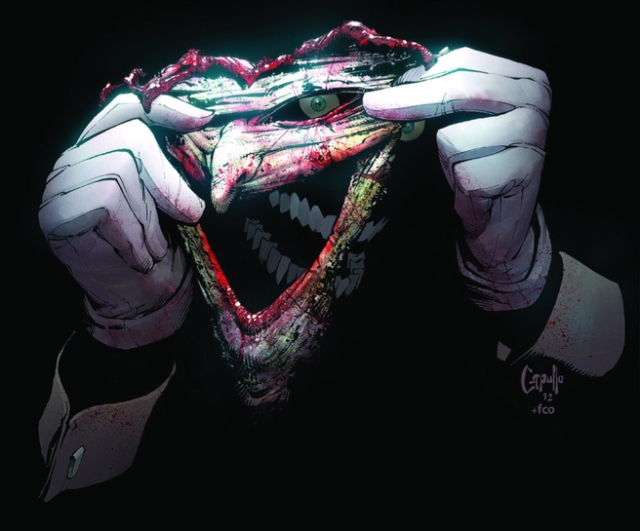 Batman #0, 12-18: “Death and the Family” has a scary and fresh take on the Joker, impressive for an archenemy that had been around for decades. I’m not sure the story justified the hype, or that the final confrontation was enough for 20+ issues of set-up, adding all the tie-ins. But it was a good take on a post-Heath Ledger Joker.

Batman and Robin #10-18, Annual 1: The Annual is the highlight, for the moments between father and son, and for Damain Wayne in a bat-suit. The rest of the series is a solid Batman satellite.

Batman Inc. Volume 2 #1-9:  Chris Burnam is the perfect fit for the series, as Batman Inc. goes to war with a rival organization. Fantastic storytelling in one of the most messed up family feuds.

Batman Annual #1: Scott Snyder tackles one of the sacred cows of the Bat mythos, the reimagining of Mr. Freeze from the 1990s Dini/ Timm Batman animated series. And he pulls it off with a twist that makes Freeze less sympathetic, but more effective as a villain.

Ultimate X-Men #1-12: The first arc is like a movie with an unlimited budget. The second arc is mired with multiple artists (some of whom aren’t great fits) and a crammed ending (Millar’s illness at the time did not help) but it remains a high point of both the Ultimate line and X-Men franchise, as the X-Men face something nastier than the Sentinels.

Giant-Sized X-Men #1: One of the most important Marvel comics ever is better than I remembered. A necessary reminder that Dave Cockrum is a hell of an artist. Introductions of several of Marvel’s Top 50 characters. A good first outing for a dysfunctional superhero team.

And I still have a Spider-Man list left for the month.