In a New Republic piece about a possible 2016 presidential primary between Jeb Bush and his one-time protege Marco Rubio, Marin Cogan suggests that another Bush presidency would hurt Marco’s chances of ascending to the office.

Bush has much to consider—the baggage attached to his last name, his willingness to subject his gilded reputation to a grotesque primary process, his own sons’ electoral ambitions, the privacy of his nonpolitical wife and daughter. But he must also untangle his sense of loyalty and obligation to Rubio, because what Bush decides will have major implications for the career of the political superstar he has so generously nurtured.

“I don’t think Marco would want to run against Jeb in a primary, the way their relationship is,” J. C. Planas, a former South Florida legislator who has worked with both men, told me. “But you never know, just because of the way things work. If Jeb became president, more than likely it means Marco probably never would.”

I’m not sure one Floridian becoming President will significantly decrease another’s chances.  Richard Nixon and Ronald Reagan both ran for Governor of California against the same man, and both went onto become President. The next Republican President after George HW Bush was fellow Texan officeholder George W Bush. Historically, there have been periods in which one or two states were over-represented in the presidency. The 19th, 20th, 25th, 27th and 29th Presidents were Ohio Republicans. In the same political era, the 21st, 22nd, 24th and 26th Presidents were all New Yorkers. From 1877 to 1923, only two (out of 11) Presidents weren’t from one of those two states: Benjamin Harrison of Indiana, grandson of a former President and Ohio Senator, and Woodrow Wilson of New Jersey, which neighbored New York.

It would probably still be better for Marco Rubio to run in 2016, rather than later. But this would happen regardless of who else runs for the Republican nomination. A Christie, Ryan or Jindal presidency could be just as harmful to Rubio’s ambitions. The only thing that would make Jeb worse is the guarantee that someone else would be chosen as the Vice-presidential nominee, which would mean another national figure to contend with in a later Republican primary.

Very few Senators have been elected President. And none has been elected directly to the office with more than a decade in the Senate. Obama was in his fourth year. Warren G Harding was in his sixth year. Kennedy was in his eighth year, although he was in his 14th year as Congressman. James Garfield was Senator-Elect when he won back in 1880. Benjamin Harrison was a one-term former Senator when he won in 1888. 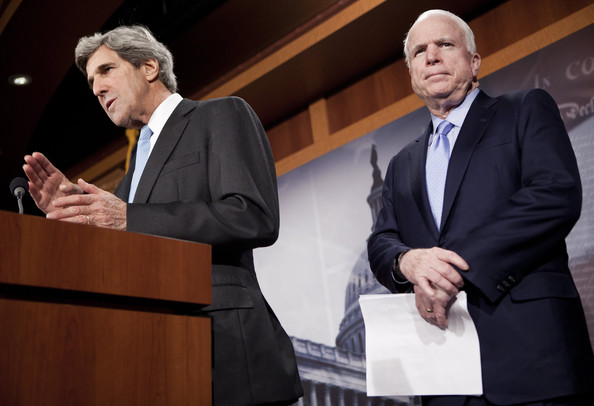 It’s possible that it’s a coincidence that all these experienced Senators have lost presidential elections. Or it could be that political parties are simply more likely to nominate these candidates in difficult cycles. But there is very little precedence for a long career in the Senate leading to victory in presidential elections. When a party has a chance at winning back the White House, the primary voters want change, which isn’t embodied by someone who has been in the Senate for a long time. It can be represented by a younger Senator (Barack Obama in 2008, JFK in 1960), an obscure Governor (Jimmy Carter in 1976, Bill Clinton in 1992), a notable Governor (Ronald Reagan in 1980, George W Bush in 2000) or a national figure (Eisenhower in 1952, Richard Nixon in 1968.)

Another trend is that political parties don’t hold the White House long. So, if a Republican is elected to the presidency in 2016 and manages to win reelection in 2020, the country may be ready for a change in 2024. And that Democrat would be the favorite for reelection in 2028. So it’s entirely possible that the next two winnable elections for Republican candidates who aren’t presidential incumbents will be in 2016 and 2032. Unless changing demographics give Democrats the edge, allowing them to dominate the political sphere like post-Civil War Republicans.

If Rubio doesn’t run for President in 2016, but still has ambitions for the office, his best bet would be to run for Governor of Florida. Whatever else happens, a big-state Governor is always a plausible presidential contender, whether it happens if Jeb Bush ushers in a new era of Republican dominance, or a Democratic President overreaches.