How does Paul Ryan change the 2016 Landscape? 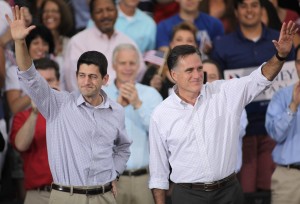 If President Obama is reelected, the invisible primary for the 2016 Republican nomination will be immediately underway. Two weeks ago, it was understood that Chris Christie and Marco Rubio were in the top tier, along with possibly one other candidate who fit the times. And then there would be a few others in the second-tier: those who had a chance at moving into the first tier, and more in the third-tier: those who were invited to debates, but had no chance of being the nominee. Mitt Romney’s selection of Paul Ryan as his running mate changed all of that.

Nate Silver suggested that Paul Ryan was the clear Republican frontrunner for 2016.

If Obama wins, most likely 2016 match-up is: Paul Ryan vs. Hillary Clinton. That would be pretty epic. 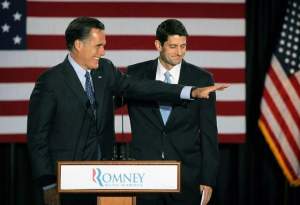 Earlier, I noted an interesting problem with the Republican tendency to nominate the next in line: It wasn’t clear who that would be in 2016. The next in line has usually been a former presidential candidate, who comes with advantages in name recognition, stature and fund-raising connections. Paul Ryan would be best able to exploit that, so he would start out the 2016 presidential campaign as a top-tier candidate, and probably the front-runner.

I disagree with the conventional wisdom that it is especially harmful for one’s career to have run on the national ticket and lost. There are a lot of other factors which explain why no one has gone from losing Vice-Presidential nominee to President since FDR, including selection bias (parties that lose presidential election often suffered major losses in the preceding midterms so the pool of candidates is smaller, politicians will be more likely to turn down VP if they think the ticket will lose), character flaws which emerge under national scrutiny, a preference for Governor at the top of the ticket but not at the bottom, and a greater likelihood that relative political newcomers will be elected President. The most important factor is that the Presidential nominee often selects someone who isn’t likely win a Presidential primary or General Election. That isn’t demonstrably the case with Congressman Ryan.

Ryan’s frontrunner status would clearly shape the 2016 Republican presidential primary. Immediately after the selection, Chris Cilizza of the Washington Post noted one of the losers of the Romney/ Ryan ticket.

Tim Pawlenty: We wrote on Friday that Tpaw was starting to give off an “always the bridesmaid, never the bride” sort of vibe, and Romney’s decision to pick Ryan affirms it. Pawlenty has now been shortlisted twice and picked neither time — a political reality that virtually guarantees that his life on the national political stage (as a candidate at least) is likely over. Pawlenty reminds us of former Indiana Democratic Sen. Evan Bayh who was twice short-listed for VP and even considered a presidential run of his own before backing off. Both men came close to the pinnacle of their profession but couldn’t get over the top.

Pawlenty would have needed to be Romney’s running mate in order to start the 2016 primary as a top-tier candidate. Two other potential nominees who would suffer are Bobby Jindal and Marco Rubio, because another wonky forty-something socially conservative Catholic is likely to start out with much higher name recognition. Under different circumstances, Rubio would have been the frontrunner. And if Ryan fares very poorly as a candidate for national office, Rubio and Jindal might be associated with his shortcomings.

John Thune would be at a similar disadvantage as a Midwestern legislator who is part of the party leadership and has been in Congress since the late 90s. In addition to his name recognition, Paul Ryan has the additional advantages of being younger (which is more appealing to voters) and from a swing state. Presumably, Eric Cantor would be more interested in serving as Speaker of the House after the 2016 elections than endangering that with a presidential bid.

Chris Christie would remain a top-tier contender. If Rubio decides to run against Ryan, Christie benefits from the resulting split vote. His moderate positions, history as a prosecutor and combative personality also provide a contrast with Ryan.

Bob McDonnell would have a different rationale for running than Ryan. He’s a popular Governor of a swing state, so he could use that to his advantage, especially since this election would come after Ryan was on a losing presidential ticket. He’s more conservative than Christie, but not as risky as some of the other choices. He’s not as intellectual as Ryan, but he’s not as dumb as Palin or Perry. 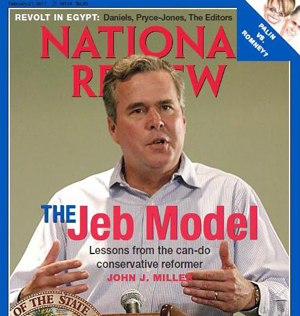 Jeb Bush might be the best intellectual challenger to Paul Ryan, as a conservative leader from a different political era. There would be an inevitable debate about the Bush legacy, but a man who will not have been Governor for nearly a decade will start out at a disadvantage no matter what the circumstances. His lack of elected office provides a bit more flexibility. And if Rubio decided not to run, he would have his former protege as a prominent surrogate.

Anything that hurts Rubio’s numbers in a presidential primary is good news for Susanna Martinez of New Mexico and other Hispanic Governors. It would be even better for them if Rubio decides not to run, as that allows them to earn more free media and attention. Susanna Martinez would generate more interest as the most prominent woman in the race.

A possible “next in line” candidate who benefits from Congressman Ryan’s increased profile would be Mike Huckabee. He has a different geographic and religious base. He has also been more supportive of government intervention, which means he would have a good opportunity to distinguish himself from Ryan. If Huckabee doesn’t run, Rick Santorum would have a similar opening, although without Huckabee’s more personable reputation, appeal to Southerners, media savvy and evangelical cred.

John Huntsman benefits a bit. If, as some speculate, the Romney/ Ryan loss would encourage the party to go in a moderate direction, that would provide an opening for the former Utah Governor and Ambassador to China. I suspect that David Petraeus and Scott Brown would be better able to exploit that opening, due to their resumes and stage presence. However, Petraeus has consistently said that he has no interest in serving in elected office, while Brown has to win reelection.

Kelly Ayotte, Pat Toomey, Rand Paul and Rob Portman were all elected in 2010, so they would have to choose between a long shot presidential bid and running for a second term. They would have a better shot had they been Romney’s running mate, as that would give them many of the advantages Ryan currently has. In the post-Ryan landscape, Ayotte has a slight edge as she holds office in a key primary state. Toomey and Portman are budget-minded rust belt legislators, so there may not be any opening for them against Ryan.

Rand Paul would be interesting. He comes from the most conservative state, so he doesn’t have to worry about reelection as much as the others. While Ryan has significant appeal to budget-minded conservatives, Paul would be able to run to his right and captivate his father’s supporters. It’s worth remembering that Ron Paul, a 76 year old who had never been elected to statewide office, finished a close third in the 2012 Iowa caucus and a more distant second in New Hampshire. That had been a weak field for those looking for a competent conservative alternative to Romney, but Rand Paul would be a more attractive candidate in four years: a Senator in his early fifties at the tail end of his first term. Having Ron Paul’s son as an opponent could also help Paul Ryan appear more moderate in contrast.

If Romney loses the Presidential election, Paul Ryan will be a major force in the 2016 Republican Presidential Primary. And if Romney wins, the same thing is going to happen.