The New 52 VS Ultimate Marvel 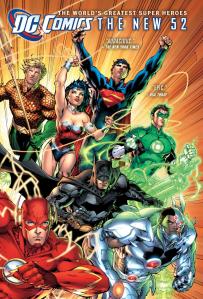 It’s a rare opportunity to see an entire comic book universe relaunched from scratch. It’s really impressive, essentially as a ground floor project. In five months, there’s more content than five years of the Ultimate Universe, which was the result of a much slower effort to build a shared superhero universe.

Quesada often mentioned in interviews how deliberative the writers and editors at Marvel  were with the Ultimate comics. They launched new series slowly (with Ultimate X-Men coming a few months after Ultimate Spider-Man, and Ultimate Marvel Team-Up coming a few months after Ultimate X-Men) just so they would take the time to get everything right, though there were still a few screw-ups. The Ultimate Fantastic Four was not the team seen in Ultimate Marvel Team-Up #9. The line was limited to four monthlies at a time, to prevent overexposure.

Ten years later, DC launched 52 books in the same month, creating a shared universe with all sorts of interconnected plots. Something that happens to Joker in Detective Comics affects Harley Quinn in Suicide Squad. Green Arrow’s company Q-Core is referenced in plenty of other titles, suggesting that Oliver Queen is a major player in business. And then there was that creepy mystery woman who appeared in every first issue. 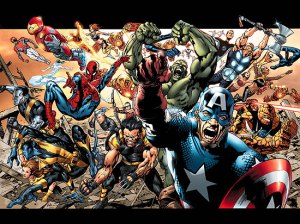 Some titles continued continued earlier stories and creative runs, but the majority of the books started on the ground floor, regardless of where the characters were in the old DCU. Morrison’s first arc of Action Comics, and Johns/ Lee’s Justice League could just as easily have been the first arcs of an Ultimate DC line, while Blue Beetle, Stormwatch, Voodoo, Grifter, Teen Titans, Superboy, Supergirl and others were almost complete reboots.

For the hell of it, I decided to read the first five issues of all 52 titles and rank them from worst to best, starting tomorrow. I’m going to exclude the various mini-series that launched after September 2011. One thing that’s impressive about the relaunch is the record on punctuality. An issue of Justice League was one week late, and that’s it. And that wasn’t exactly the case with the first 260 issues of Ultimate Marvel. Though to be completely fair, I’ve yet to be as impressed by the first 260 issues of the new DC as I was by the first 26 issues of Ultimate Marvel.